Adumbrate is a formal word for giving a general idea or description of something without any details. 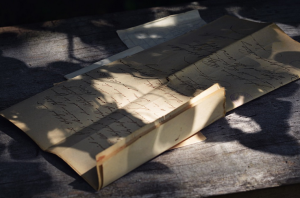 It has the following meanings:

The OED lists the first recorded usage of adumbrate as occurring in 1537:

I picked it as this week’s interesting word primarily because of its Latin origins. The Latin adumbrat- means ‘shaded’, and is from the verb adumbrare. Ad- means ‘to’ and umbrare means ‘cast a shadow’.