Xmas gets a bad rap. It is often seen as a symptom of the commercialisation of Christmas and is accused of ‘removing Christ from Christmas’.

Given the history of the word, that interpretation seems unfair. I don’t think it is as elegant as Christmas but it is an abbreviation that stays true to its meaning. 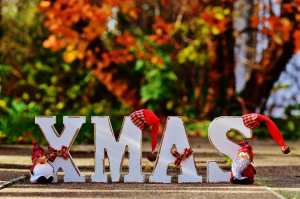 The use of Xmas is not a recent phenomenon. Fowler’s states it was first recorded in the 18th century; it appeared in a slightly different form even earlier.

The X represents the first letter (chi) of the Greek word for Christ – Χριστóς (Khristos, meaning ‘the anointed one’).

The use of X and XP to represent Christ has a long religious history. (You might recognise XP from the Chi-Rho monogram or symbol.) It’s worth reading about, particularly in regard to the influence of the Roman emperor Constantine I.

In spoken English, Xmas is usually (or should be) pronounced as ‘Christmas’ rather than as ‘ex-mass’.