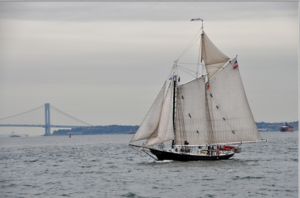 This word does not mean what you probably think it might mean (shame on you).*

From the pictures I have seen, it looks like a cross between a brush and a mop head.

*Don’t look up baggywrinkle on Urban Dictionary though.