‘Allusion’ and ‘illusion’ are often confused. ‘Elusion’ doesn’t get mixed up with them that often but sometimes it makes a surprise appearance. 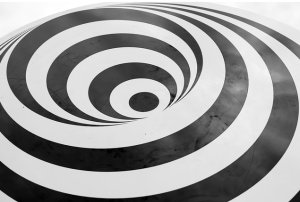 An allusion is usually defined as an indirect reference. However, Fowler’s states that it is acceptable to use ‘allude’ to mean ‘refer’.

An illusion is a false appearance or deceptive impression of reality. It can also be a false or misleading idea or belief.

Elusion means the act of escaping or avoiding.

8 thoughts on “Is it an allusion?”